Between June and December 2014, also together with Isla Urbana, La Comuna imparted the Memory and Territory workshop in a small, half-rural, half-urban neighborhood to the south of Mexico City. Quiltepec is an example of self-organization for the common good. The stories and cohabitation with the neighbors gave birth to “Quiltepec: A Possible Paradise”, an Exhibition-gathering in which Quiltepec represented itself using photos and drawings, and in selected days, it mingled with the visitors. 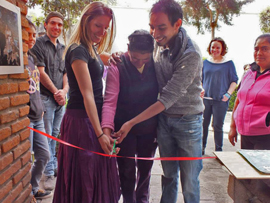 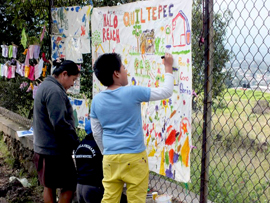