In November 2014, as part of the Festival de Teatro para el Fin del Mundo (Theatre for the End of the World Festival), La Comuna worked inside the deserted Civil Hospital in the city, where, together with the hospital’s last manager, Gabino Ramos, files were rescued that told the history of the place, and the Memory and Territory workshop was imparted to youths from the cleaning department, who live in the building. Also, a shared space was restored for them, with electric lighting, so that they could gather at night, after work. 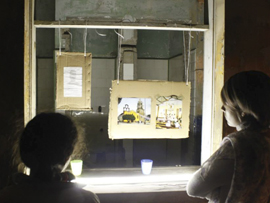 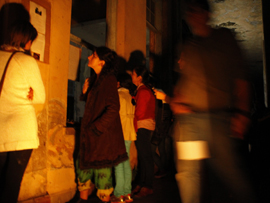